Sintra boasts in its Serra one of the most romantic Portuguese villages, being considered World Heritage by UNESCO. In its historic center, some of the most iconic monuments of the country are built, and of course, during your visit to Sintra, you cannot fail to taste the well-known Pillows and the delicious Queijadas de Sintra. 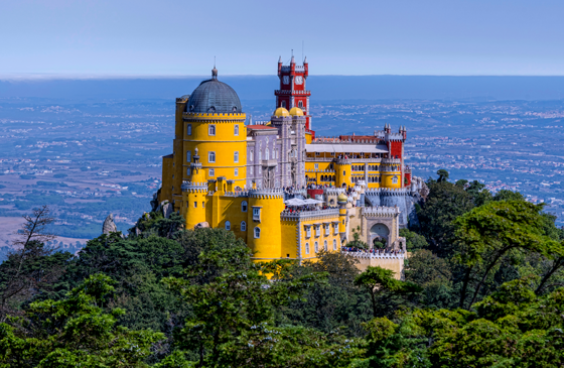 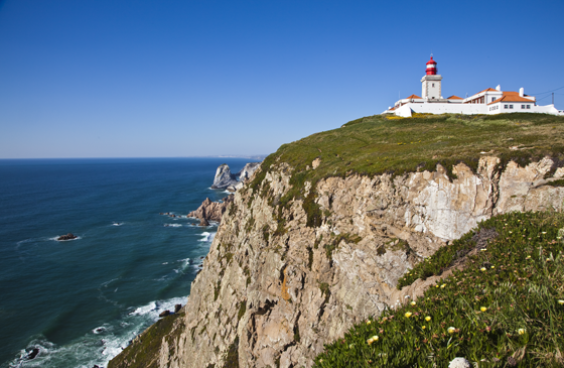 Immerse yourself in the landscape of Vila de Sintra and its mountains. Delight in strolling through its streets, where you can find the most diverse artisanal and local shops, as well as traditional and picturesque cafes and restaurants.

Upon arriving in Sintra, one of the Buildings that “jumps out at us” is the National Palace or Paço da Vila as it is also known. Its construction has continued over time and has been embellished by details such as traditional tiles rich in geometric patterns.

Visit the beautiful Quinta da Regaleira. It was built at the time of the monarchy, between the years 1904 and 1910, and it is nowadays that the most amazing monument in the village is. This building shows traces of Romanesque, Gothic, Renaissance and Manueline architecture.

At the top of the Serra, stands the Castelo dos Mouros from where you can enjoy one of the best views in all of Sintra. This castle, consisting of two girdles of walls, is inserted in the Serra and its cliffs fitting the landscape in a natural way.

The Pena Palace is a monument that owes its beauty to the style that prevailed then - Romanticism - as well as to the Manueline and Moorish influence. The Palace will have been classified as a National Monument and later integrated into the Cultural Landscape of Sintra, a World Heritage Site, both titled by UNESCO. A mandatory place to visit.

“Where the Earth ends and the Sea begins”, Cabo da Roca represents the most westerly point in Europe. At this extreme we can first see the Lighthouse that is there and then the immensity of the Atlantic Ocean that bathes it.

Come and visit one of the biggest beaches in the country, Praia do Guincho is part of the Sintra-Cascais Natural Park. Embraced by the recently recovered Dunes, Praia Grande do Guincho is visited by national and international holidaymakers and is also sought by practitioners of Surf, Windsurf and Kitesurf.

Finally, delight yourself with the village of Cascais. A fishing village, by the sea, much appreciated by national and international tourists. And while walking around the village, be sure to try the ice cream from the famous Santini ice cream parlor.