It is one of the most picturesque and preserved villages in Portugal, Óbidos medieval town surrounded by walls, white houses, flowered windows, a labyrinth of streets and Manueline porticoes. But Alcobaça also has its charm and the Monastery leaves visitors amazed by its grandeur. Nazaré next door, a fishing village, known worldwide for its huge waves, is currently the host of the biggest international surfing championships. 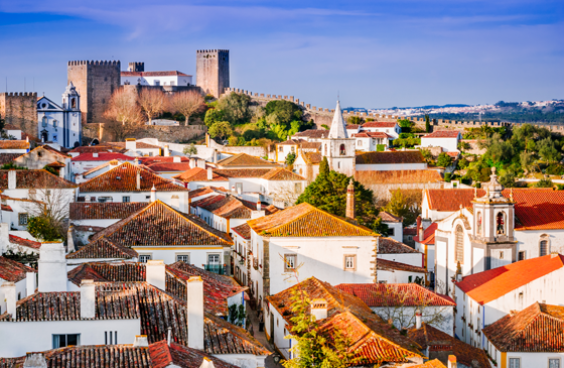 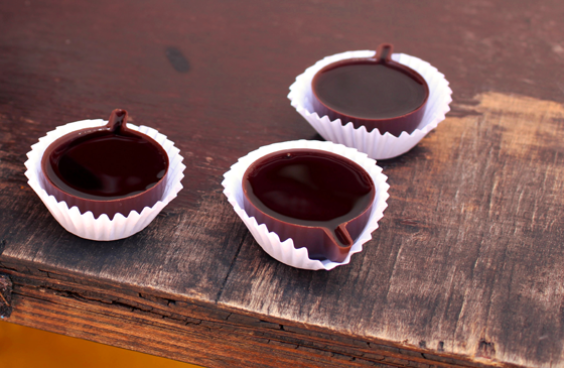 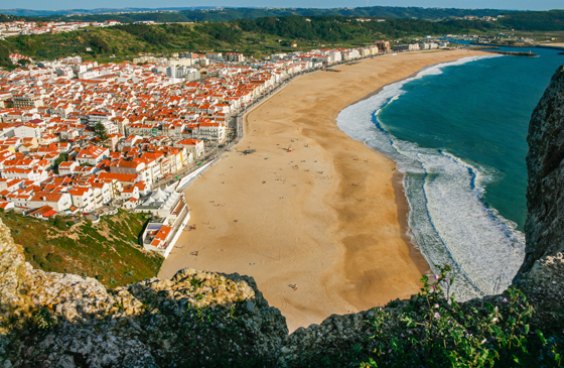 Óbidos a Latin term “Ópido” whose meaning is “fortified city”, since the whole town is located between the walls. Every year, the village hosts a variety of well-known events such as the Chocolate Festival, Vila Natal and the Medieval Market.

Visit this wonderful village and its Castle, which by the sea, has been changed through various interventions over time, being an integral part of the village that welcomes you inside.
The Óbidos Castle, classified as a National Monument, was elected one of the Seven Wonders of Portugal in 2007.

Alcobaça, a village that displays a majestic Monastery and has a cultural, social and economic development associated with the presence of the Cistercian Order in Portugal.

The Monastery of Alcobaça is the first example of Gothic architecture in Portugal, the construction of the Abbey began in 1178. The monument was classified as a National Monument and a World Heritage Site by UNESCO, and elected as one of the Seven Wonders of Portugal in 2007.

Finish with the beautiful Nazaré. The Sítio da Nazaré is a place of pilgrimage and its history is linked to the Legend of Nazaré, which relates the episode in which D. Fuas Roupinho chased a deer on his horse. On the edge of a cliff, next to a cave where the image of Our Lady with the Child was worshiped (Sítio da Nazaré), D. Fuas would have pleaded with our Lady to save him, at which point the horse stopped the march preventing the one who it would be a drop over a hundred meters high.

The fishing village of Nazaré has, over time, become a very popular tourist destination for international tourists. It became known worldwide after surfer Garrett McNamara surfed a 34 meter wave, joining the Guinness World Records. Currently it is frequented by several surfers from all over the world to challenge the waves of Canhão da Nazaré.